Skip to content
You are here
Home > Programmatic Advertising > 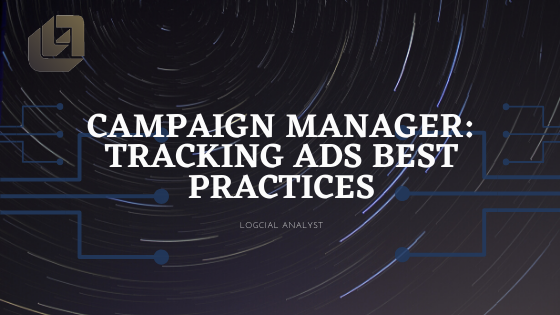 The Campaign Manager is a well-renowned platform across the advertising industry and one amongst the various products offered under the Google Marketing Platform. It is widely used by several premium advertisers and agencies to run their digital campaigns on websites and mobile devices.

Tracking is the process and methodology of collecting information with the purpose of analysing the captured data for making informed decisions. It plays a prominent role in the analysis of Campaign Performance as it provides key insights on how to allocate a contracted budget to different digital channels to extract the maximum Return on Investment.

1×1’s are commonly known by many names such as beacons, pixels, trackers, or bugs. Although they serve the same purpose, functionality on how they are being used varies from platform to platform.

Listed below are some of the best practices and key insights about Campaign Manager’s 1×1 trackers. 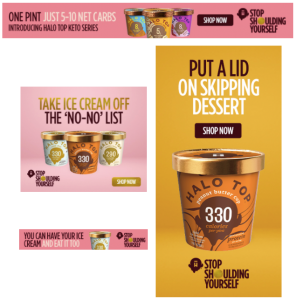 Display creatives are one of the channels in digital ad campaigns, wherein it renders an image of the advertiser’s product/services to grab consumer’s interest and convert them into purchasing the product/service offered.

We understand that creatives aren’t built on a single individual platform, the raw assets of a creative can be hosted on two different platforms and can later be generated as one creative tag and trafficked on to an ad-server.

Let’s look at an example to understand this better:

Let’s say an agency reaches out to a creative developer to develop an HTML5 creative. The developer may use a template from Adobe or Google Web Designer, build it with the available tools, and generate a creative asset. This creative asset can be trafficked in different ad-servers to render the creative when the ad call is made from the user’s browser.

As this creative has been hosted in a different tool, you’ll need to implement a 1×1 tracker to track both impressions and clicks for performance.

The question then arises as to why can’t the ad-server track both these performance metrics?

That’s because the advertisers and agencies do not always go by site-served numbers from the Publisher’s end. They monitor, control, customize their creative’s behaviour while rendering through these 1×1 trackers, and to verify their numbers with site-served numbers to avoid any major inconsistencies in data and only pay for what ads have served.

The tracker can be implemented in multiple ways, however, let’s look at some of the most effective ways of implementing them:

A representation of advertiser’s product/service in a form of story which is crafted in a video format to convey the message to the end users.

When you traffic a video creative in an ad-server or a host platform, you’ll generate a VAST tag which can be appended with a tracker or if you’d like to track a specific metric from the video like video plays, video pause, video mute, quartiles, volumes, etc. to measure video engagement you can implement 1×1 trackers.

Emails or Newsletters:
Emails/Newsletters is another way of reaching your customers, for which you’re required to have trackers implemented to study the user’s behaviour and to track the following metrics:

How are impressions and click pixels different from the 1×1 tracking ads in Campaign Manager?
Well, the first and important difference is that tracking ads allows you to apply event tags, i.e you can append more tracking pixels on the same generated CM tracker.

Tracking ads are a paid feature in Campaign Manager and have cost implications. Whereas impression and click pixel do not support event tags and your campaign manager account has this feature by default. No additional fees are charged to use, however, in both scenarios you’ll be billed on the number of impressions and clicks tracked using those pixels or trackers.

‘Uploading a 1×1 image pixel manually and creating a standard/dynamic click tracker’ or ‘create tracking ads in Campaign Manager’ – which of these works best?
This purely depends on your campaign’s objective, if it demands to only track impressions and not clicks you can manually upload a 1×1 image pixel and generate a tag and implement it or vice versa to track only clicks. If you want to track both impressions and clicks along with 3P pixels appended then tracking ads are your best bet.

I have a pixel to collect user information, track user journey, or a specific property on the site from Nielsen, Kantar Millward Brown, VisualIQ, MOAT, etc – do I implement it as an event tag for tracking ads or is there an alternative to this?
It’s always a good idea to use event tags – reason being, it will allow you to directly apply on multiple placements from an Advertiser level or Campaign level in campaign manager. However, we also have an alternate way of appending the other pixel by adding it as a redirect on the 1×1 impression tracker.

Event tags applied on tracking ads as an event tag doesn’t function as intended, what are the possible reasons?
There are multiple reasons why an event tag may not work in the live environment, some of the most common reasons being:

I created my tracking ads in Campaign Manager and generated the trackers and implemented them on the ad or the publisher’s site, they don’t work – what do I do?
Double-check if the start date is in the past from the time you’re testing them and ensure the status of ad and creative are in “Active” status

Hope this is helpful to all viewers and readers on LogicalAnalyst, let us know in the comments section below if you have any questions or would like to discuss any of your custom requests from the client.